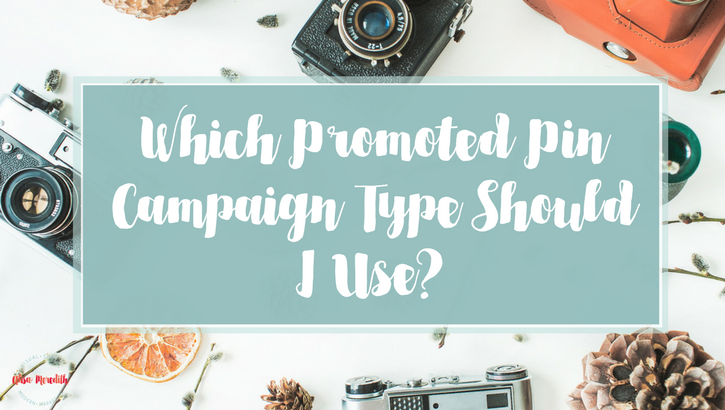 One of the first choices we need to make when running a Promoted Pin Campaign is – what type? At first glance, it might seem like an obvious choice, but as someone who has tried (and tried) all the options available to most of us, I can tell you, it most certainly is NOT obvious – and the wrong choice can cost you, BIG.

So, what are they, and perhaps despite what you’d think, which do you want?

Pinterest Awareness Campaigns are designed to get your pin in front of as many people as possible. You pay for impressions (that is, your pin appearing in the feed) and you can limit the number of times your pin will appear any one pinner’s feed.

You would think, then, that this type of campaign would be the least expensive. After all, you are not paying for visits to your site, or even a save, like, or closeup on the pin. 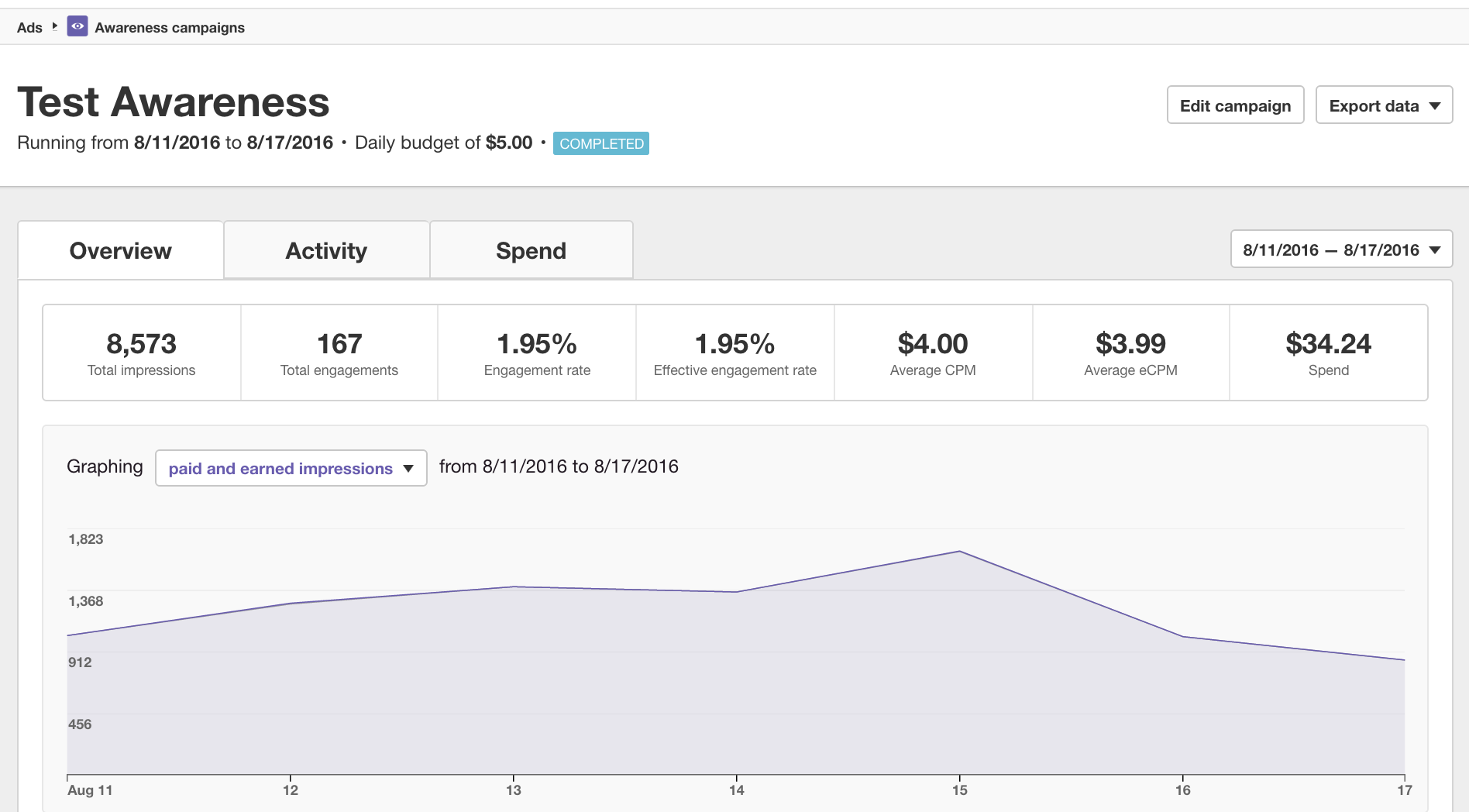 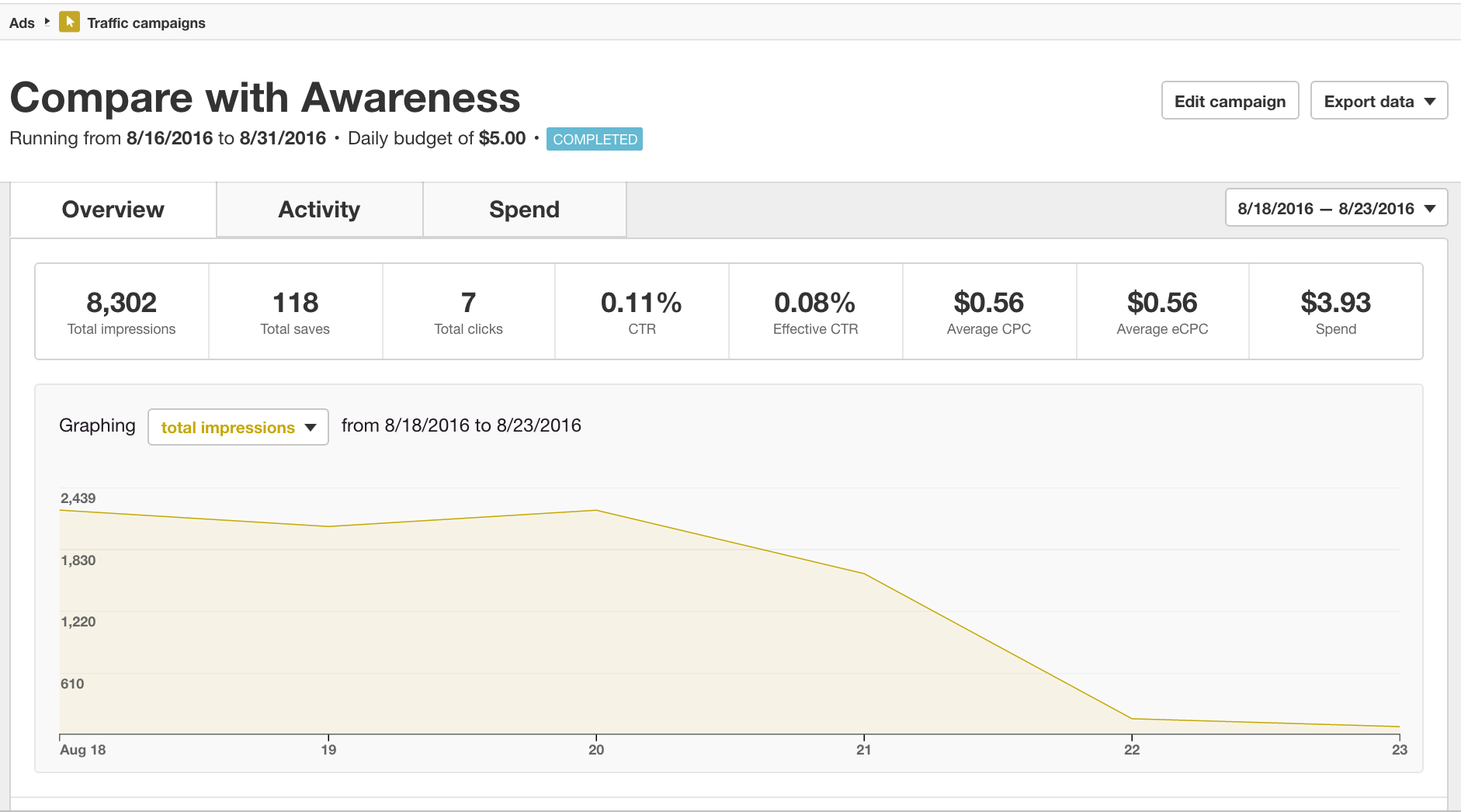 Why are they so expensive? Well, Awareness Campaigns were first available to bigger brands, so perhaps they drove up the bidding.

Note that when video Promoted Pins become available, you’ll need to promote them with an engagement campaign. Given the power of video, it makes sense to pay more for that kind of exposure.

When these came out, my bargain-hunter radar went into overdrive and I tried them right away. As expected, it cost about half as much per engagement as a Traffic Campaign cost per click. BUT, I did not like what I was paying for.

Nearly everything I paid for was a closeup. That is, I was paying for people to click on my pin, but not to click through to my website. I got very few saves and likes. Not good.

I thought maybe the added exposure and engagement would increase my follower count so I tried them again and watched closely, but that didn’t happen, either.

Traffic Campaigns are the hands-down winner amongst Pinterest Promoted Pin campaign types. I WANTED the others to be good options for different purposes and for different budgets, but for me and anyone else I’ve spoken to about them, they’re not.

With a Traffic Campaign, you only pay for clicks from your pin to your website. You never pay for likes, saves, closeups or anything else!

So, there’s your answer. I guess this post could have been a lot shorter (“Only use Traffic Campaigns, ever!”), but I wanted to share with you what I’ve seen in my own experiments. Have you had different results? Have you ever run any type of campaign other than Traffic Campaigns? I’d love to hear about it.

Was this article helpful to you? Please pin it! 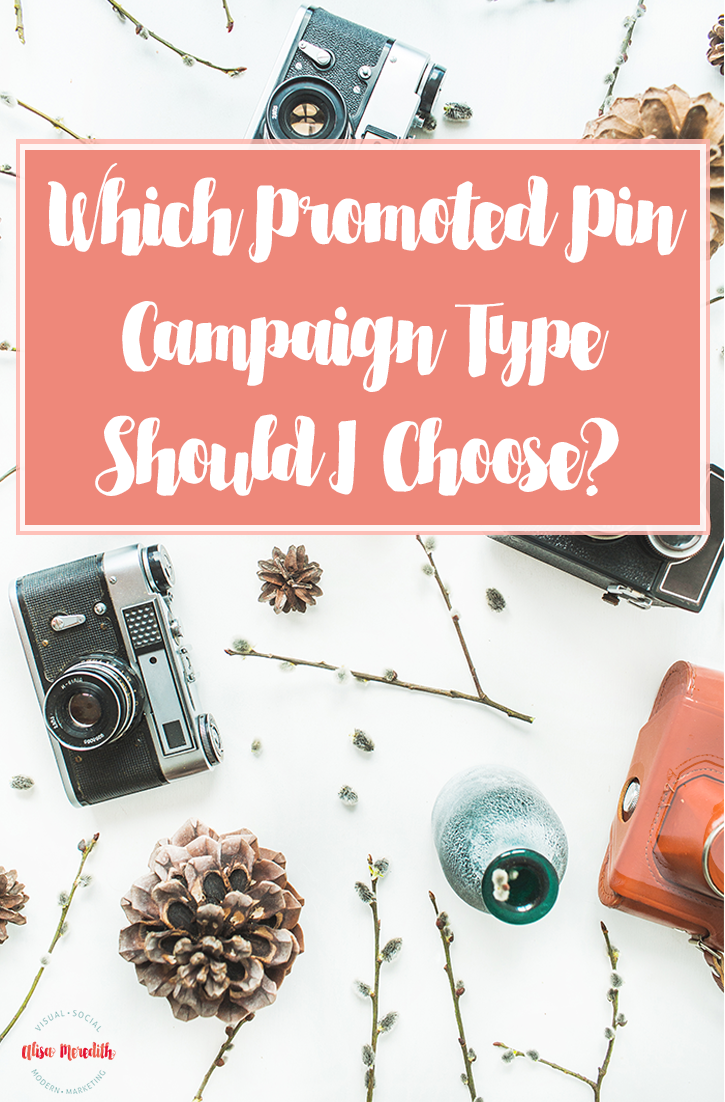