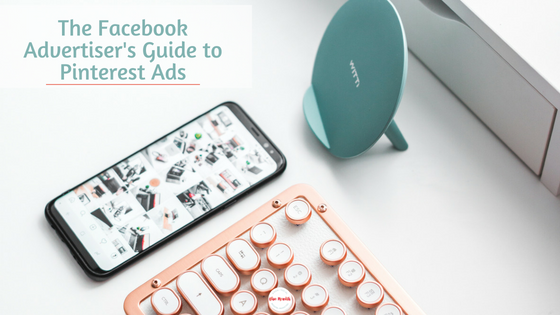 Maybe you’ve noticed Facebook ad costs going up and up … and up. And of course!  After all, when Mark Zuckerberg announced that the reach of posts on business Facebook pages would continue to decrease, people who have relied on Facebook for business marketing felt like they had only one choice – pay to play.

Naturally, as a Pinterest marketer, I strongly believe that there is a huge opportunity on Pinterest and that traffic referrals from Pinterest may overtake Facebook at the number one slot quickly as Facebook reach and referrals continue to fall. But, we are hear to talk advertising.

If you are feeling priced out of the Facebook ad auction, or you’d just like to try something new, consider Pinterest advertising. There are still bargains to be had, and depending on your niche and targeting, the return on investment can be astounding.

One recent audit I completed for an e-commerce seller found that one of her campaigns was bringing in over $6 for each dollar she spend on Promoted Pins. Wow! With that kind of potential for return, Promoted Pins (Pinterest advertising) are definitely worth a look.

First, adjust your expectations. The Facebook ads platform has been around a lot longer than Pinterest, so don’t expect to recreate your ads option for option.

Another thing to consider is scale. While Facebook has 2 billion active monthly users, Pinterest has “just” 200 million. Still a lot of potential there, especially as Pinners are planners, and shoppers!

That said, Pinterest ads have a lot to offer and the platform has at least one super-cool trick up its sleeve that you can’t use on Facebook. Just wait…

On Facebook, “Interests” might mean you target people who follow a certain page, or who are identified as being in the market for a new car, or who are planning a move. On Pinterest, Interests are topics that Pinterest has identified users as engaging with. There are about seven thousand of them – ranging from “man buns” to “sleep inspiration,” whatever that is.

The rest of the available ad targeting audiences are fairly standard until you get to Engagement audiences – this is the point where, when I’m talking to Facebook advertisers about Pinterest advertising, people get really excited. With an engagement audience, you can target other people’s audiences! These are Pinners who have engaged with any Pin that leads to your website – no matter who Pinned it. Here’s how it works:

When you run an Engagement-targeted ad on Pinterest, you can further focus your audience by the kind of engagement taken on Pins to your site – or to just one article on your site.

For example, let’s say you really want to encourage people who saved a Pin to your blog post on “3rd Grade Math Stations,” but did not click on it.  You can create an audience for that! Here’s how: 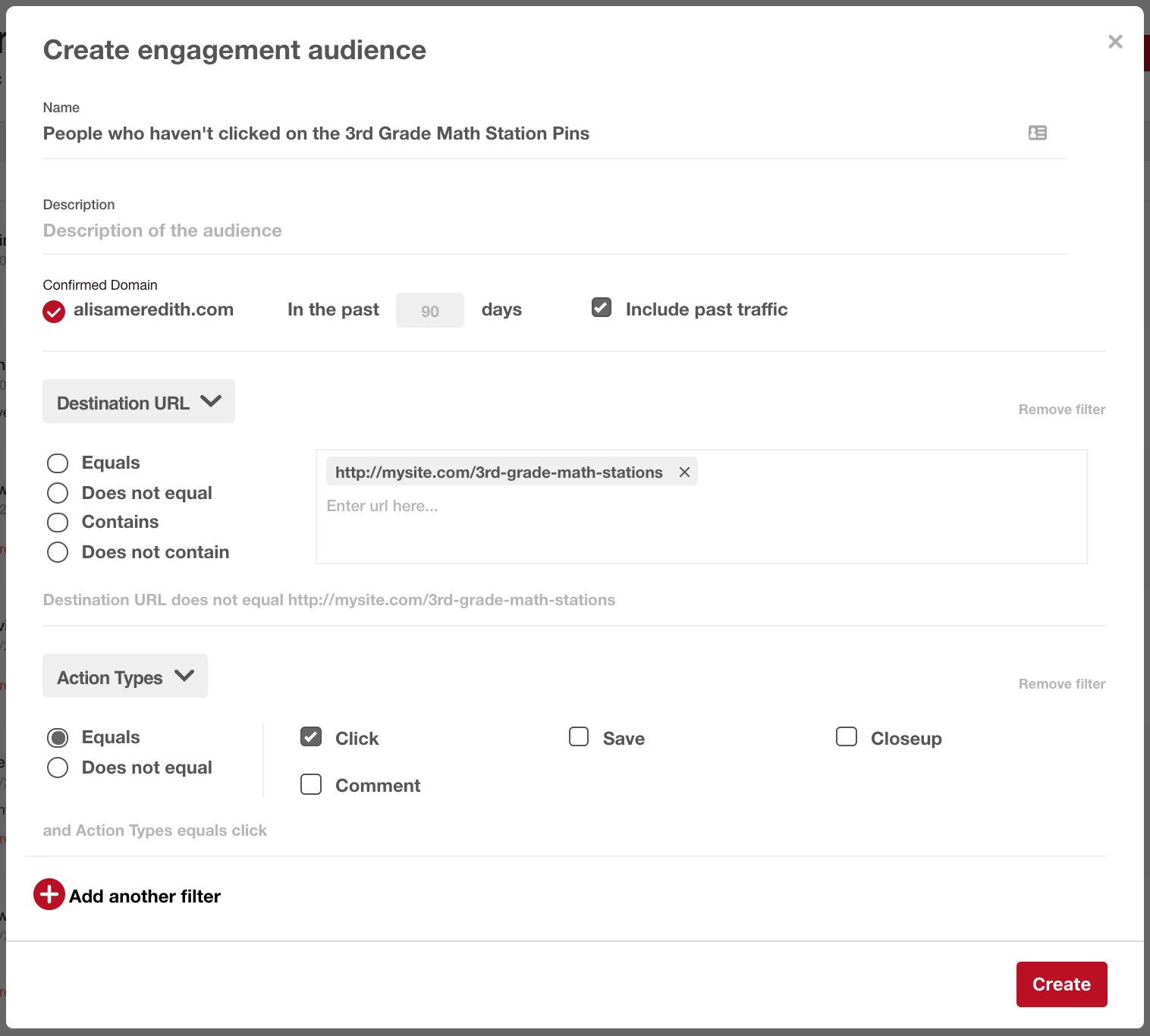 If you market on both Pinterest and Facebook you don’t need me to tell you that they’re not the same. What works on one doesn’t always work on the other. Facebook audiences seem to have a higher tolerance for what feels like and ad, whereas Pinners are more apt to respond to a bit of a softer sell that feels like inspiration and information rather than a “special offer!”

With that in mind, soften your message and your images to make them inspirational and intriguing.

Think about the products and offers you choose to advertise as well. While the products you advertise on Facebook MAY also do well on Pinterest, you’ll likely find instances where there is no correlation whatsoever.

Your audience is different on Pinterest and has a different mindset. While visitors to Facebook are there to see what their friends are up to, those on Pinterest are more focused on themselves or on planning events. Put yourself into that alternate mindset and think about which products work best for you there.

Ideally you can also look into your analytics (Google or your ecommerce platform) and see which products are seeing sales from Pinterest traffic.

You can also peruse what is already being advertised on Pinterest to get a feel for what might be working. Just search for something related to your offerings and then do a “CTRL-F” (on Mac) and search “promoted” to highlight all the Promoted Pins on that page. 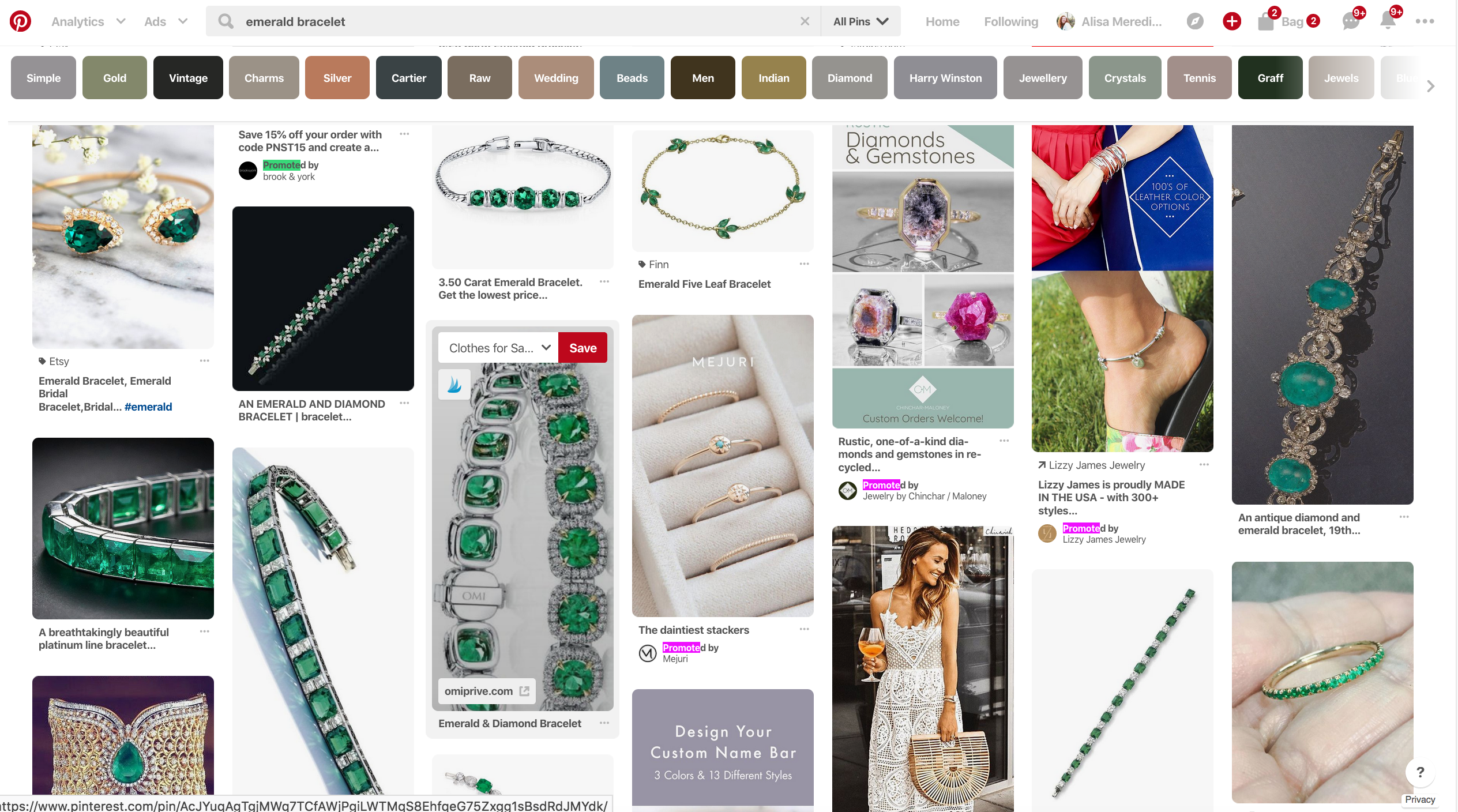 Images on Facebook tend to be horizontal, while what works on Pinterest are vertical images with a 2:3 ratio (600x900px, for example). Some niches find that faces do better on Facebook than Pinterest, and you definitely want to use a lifestyle image on Pinterest – they convert 170% higher than plain old product images.

Another difference is that Facebook will often throttle impressions on and raise the price on, an image where more than 20% of the surface area is covered in text. Pinterest has no such limitations. While you want to let your images shine through, use as much text as you need to inspire and inform, and do use some subtle branding (your logo or your url) in the top or bottom center of your image.

People want descriptions on Pinterest that inspire them to try something new. While many of the ads you see on Facebook talk about discounts and special offers, those on Pinterest tend to be more content/value focused. 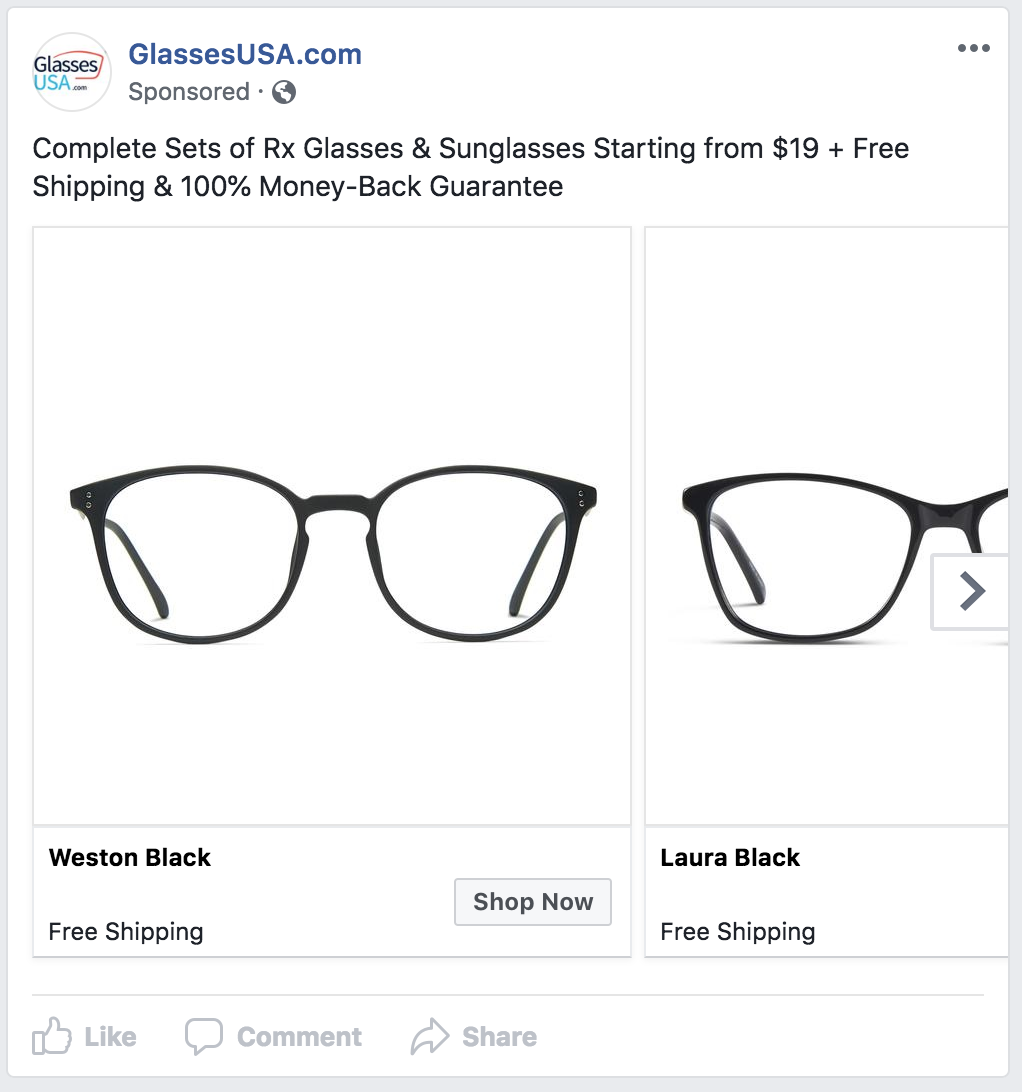 The Facebook ad  is all about the money, the offer, and the product. The Pinterest ad focuses on the lifestyle image, yes, but also on a much softer sell!

I haven’t done much with conversion tracking on Facebook lately, but I suspect Facebook and Pinterest are somewhat similar here.  By default, when you run Pinterest ads, you’ll see “conversions,” which could be just about any action on the ad – clicks, saves, etc.

If you want to see sales, signups, add to cart, etc., you’ll need to add the conversion pixel and set up the events on each item. Once you get that done, you’ll be able to see ROI in great detail in the Pinterest ads dashboard. You can see which campaigns, ad groups, ads, keywords, targeting, etc. are converting. You can see the impact of targeting on CPC and CTR and adjust for greater ROI.

Want to learn more about getting started with Pinterest Promoted Pins? Take my class and join the students-only Facebook group!

Was this helpful? Please Pin me: 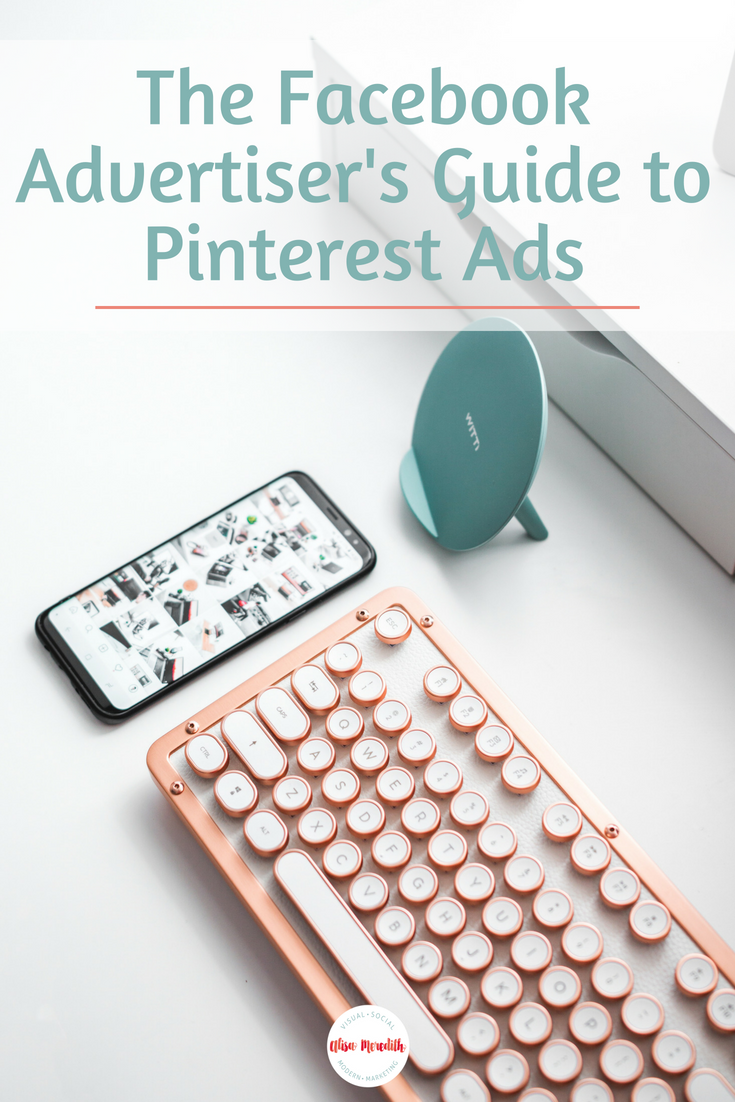