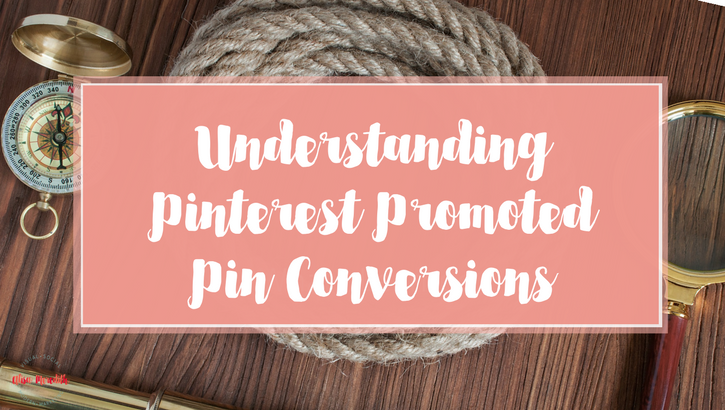 Pinterest offers conversion tracking that will allow you to set up audiences and track the results of your Promoted Pins. Handy. What’s not so handy is that the numbers don’t add up. How can a brand new campaign with zero clicks have two conversions (true story)? What IS a conversion? And how in the world are they measuring them?

I admit that for the longest time, I thought they were just glitchy. Now it appears they are just poorly documented. So, I’m happy to share what I learned with you!

Pinterest makes it easy to create one base code that you can then install in the <head> section of each page on your website. Just go to Ads > Conversion Tracking > Create Tag. You can then retarget your website visitors. It’s also installed to help you determine the big-picture results of your ad campaigns, specifically the number of website visits resulting from your ads.

If you’re an ecommerce seller, you probably will want to hire someone fluent in javascript to help you install the event code tracking you’ll need to track things like:

Everyone else can make do, and probably will be happy with, Google Analytics Goal conversions with UTM codes.

Behold the printscreen which tells me that the top pin got one click and one conversion. Believable. The second one says I got 117 conversions from 97 clicks (that’s paid AND earned). Not likely.

THE Answer to the Promoted Pin Conversion Riddle

This is what I learned from Abby at Pinterest:

The struggle of so much in social media and online advertising has been to figure out which actions may have contributed to a conversion rather than just knowing the last-touch attribution. That is, has someone seen your Facebook ad, gotten an email, and seen your Promoted Pin all in the last month? You’ll never know if all you can tell is that they finally converted because of a Google search.

Now, is it fair for Pinterest (or a Pinterest marketer) to take partial credit for a conversion when the pin only appeared in someone’s feed and we don’t even know if they saw it? I’m not so sure. However, it is nice to have this incredible depth of information.

If only we could also see the actual direct conversions as well!

What About Attribution Windows on Conversions?

For how long will Pinterest attribute an action (or just a potential view) on Pinterest in the conversion data in the dashboard?

After several email messages with Bill from support, he provided this little gem:

How to Track Direct Conversions from Pinterest Promoted Pins

If you are interested in tracking actual signups and sales from Promoted Pins,  I would strongly suggest you implement Google Analytics goal conversions and UTM codes in your marketing program. That blog post will walk you through the entire process. And then you’ll be able to tell your clients (or yourself), “This promoted pin generated 100 email signups, 15 sales, 2 quote requests, and may have contributed to as many as 3,000 website visits.” That, my pinning friends, is called justifying your ad spend. 🙂

Was this helpful or at least interesting? Please pin me! 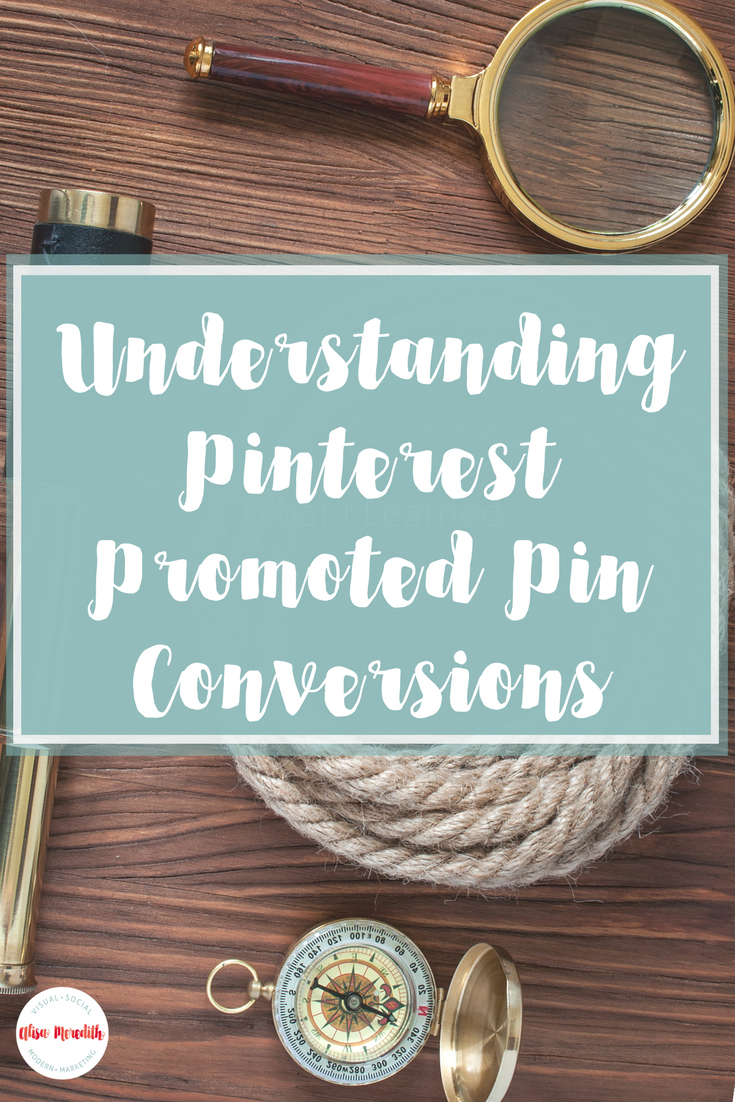