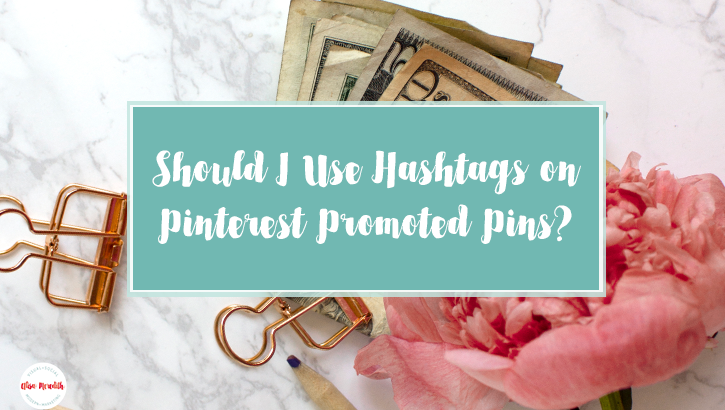 Now that Pinterest has brought hashtag support back to the platform, there’s reason to wonder – will adding hashtags to Promoted Pins help them surface in search results? I wondered, I tested, I asked around, and now I’m ready to share what I dug up. To make the right decision for you, it’s important to understand exactly how hashtag search works (and doesn’t work) on Pinterest.

Before the introduction of hashtag search in Fall 2017, the only way to find new content, or to get your content discovered was from Smartfeed (the feed you see when you go to Pinterest.com) or by regular search. The results of a search are determined by complicated algorithms that often seem to favor more popular content or that which has been on Pinterest for a while.

Hashtag search, however, pulls in results from the freshest Pins that use hashtags. Hashtags function when added to the description of your Pins. Pinterest recommends you use “fewer than 20” per post, though in most cases it’s difficult to come up with 19 relevant hashtags – and especially since they’re new to Pinterest, many Pinners worry that using that many hashtags might look a little spammy.

Have you tried a hashtag search yet? You can type #ahashtag right into the search bar on Pinterest. Like this:

When you try it, notice that the freshest Pins are at the top. In this example, they seem to be experimenting with the first column on the left – it jumps around in freshness, while the four to the right are pretty much in chronological order, though also not exact. So, for those of us who miss the old chronological feed, here’s one way to get it back! There is a very little bit of hashtag spamming going on, but most of the results are quite relevant.

You can also utilize hashtag search by clicking on a hashtag in a Pin you like. It’s a great way to surface related Pins.

I know. I hate statements like that, too, but it’s true. The organic instance of a Promoted Pin WILL show up in a hashtag search result, but once that fresh Pin has been pushed out of the results, Promoting it will not keep it in the feed at this time. “At this time,” always says to me, “coming soon.” 🙂

Repins (Saves) Do Not Appear in Hashtag Searches

At first, I was using hashtags in Promoted Pins thinking that when people repinned (saved) my Promoted Pin, those repinned versions of my Pin would show up in hashtag searches. Not so! Turns out when Pinterest says it pulls in the “freshest” Pins, they really mean it.

I have done a few tests myself (even testing changing the description on a Pin to add a hashtag before repinning) and nothing! Not satisfied that it wasn’t a fluke, I wrote in to Pinterest support, asking,

Q – “Do repins with hashtags show up in hashtag search results? I’ve done tests and it looks like they do not.”

A – “Answer is no. To help your Pins appear in feeds and search results, follow these tips:”

D’oh! So that theory is debunked.

So, Should I Use Hashtags on My Pinterest Promoted Pins?

Maybe! Since you have to Pin your Pin organically before you can Promote it, you may be adding hashtags already, and that might be alright. Just know that Promoting the Pin is not going to keep you in hashtag results beyond the time when your organic Pin would be pushed out.

Why You WOULD Use Hashtags in Promoted Pins

Particularly if you use a branded hashtag, it would be useful for you to Promote a Pin with that hashtag, because it can lead people to your other related Pins using that branded hashtag – and presumably that wouldn’t lead to someone else’s content.

Why You WOULDN’T Use Hashtags in Promoted Pins

But, if you are using a general hashtag which is used by many other Pinners (do a search to find out if you see mostly your own content or mostly other peoples’), adding that hashtag to your Promoted Pin could do more harm than good – directing people to other peoples’ content instead of encouraging a click to your site or profile.

To get the best of both worlds, Pin a version of your organic Pin with just your branded hashtag (or a hashtag whose results you dominate) and leave off the more general terms. No need to be paying to send people to someone else’s Pin!! You could edit the description JUST on your Promoted Pin or edit the organic Pin after it’s been up a while, but it’s probably simpler to Pin one organically and then Promote that.

When deciding whether or not to use hashtags in your Pinterest Promoted Pins, it’s important to understand how they do (and don’t) work. There are good reasons to use hashtags in your Pinterest ads, and good reasons NOT to. Now that you have all the facts, which will you choose? I’ll be sticking to branded hashtags or those I dominate in search on my Promoted Pins from now on! But please, let me know what you decide – maybe you’ll change my mind. 🙂

If this was helpful, please Pin me! 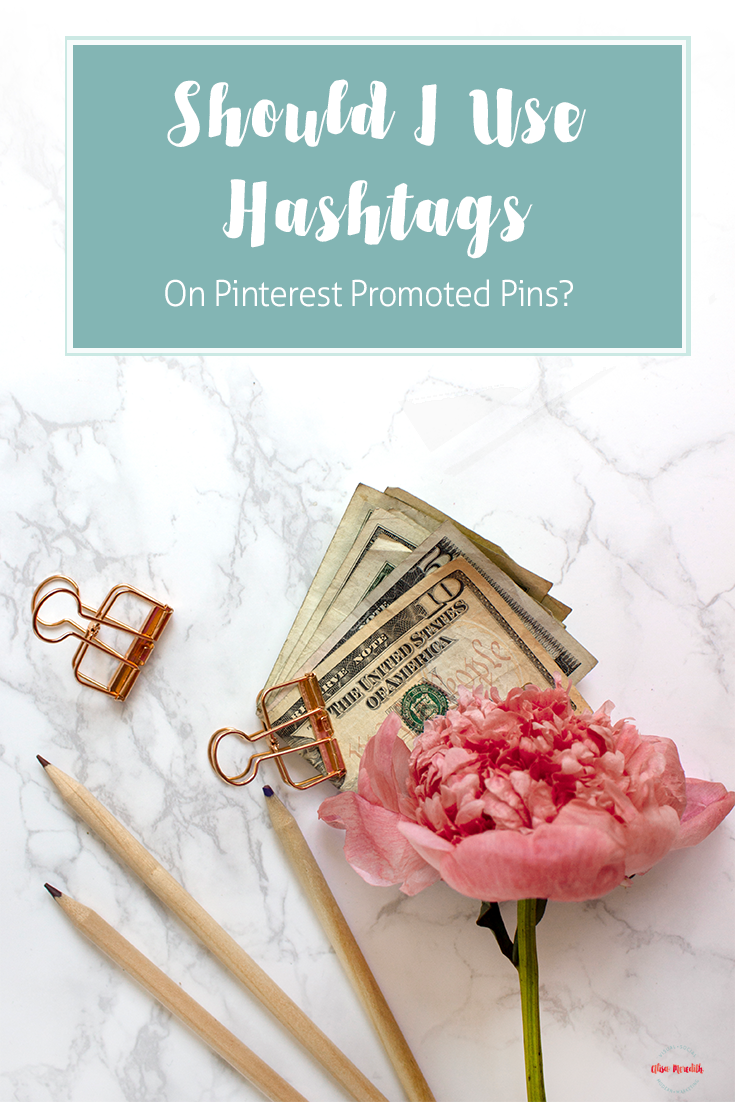